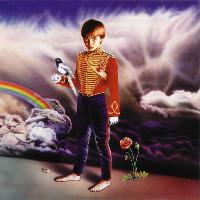 StillMarillion are Europe's definitive tribute to the Fish Era of Rock legends Marillion.

This year the lads will be playing the MISPLACED CHILDHOOD ALBUM along with other firm favourites.

Since 2009 StillMarillion have been performing around the UK and feature Martin Jakubski of The Steve Rothery Band on vocals, their performances of classic Marillion songs are second to none and the band is now venturing over to Holland, Germany and beyond!

Returning to one of their favourite local haunts for a SEVENTH time with every show in years gone by packed or SOLD OUT so make sure you get a ticket for this one in plenty time hence why tickets are made available at good 6-8 months in advance.

PRINTED Tickets will follow but will be in limited numbers at the outlets from Late October.

ROCK CLUB ACTION STRAIGHT AFTER the LIVE session wraps up thro till 3am and your Gig Ticket lets you stay on and enjoy it if you wish.